Molecular Mechanisms of Neurodevelopment and Neurodegeneration 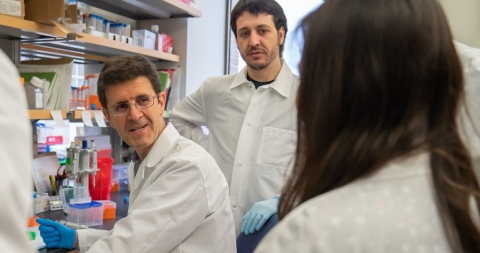 Dr. Luigi Puglielli's research program focuses broadly on molecular mechanisms of neurodevelopment and neurodegeneration. His laboratory employs a combination of biochemical, cellular, molecular, and genetic approaches in in vitro, ex vivo and in vivo models. In 2007, his group reported that nascent proteins could undergo Nε-lysine acetylation in the lumen of the endoplasmic reticulum (ER). This discovery resulted in the identification of a previously unknown biochemical machinery that impacts on the biology of the ER.

Endoplasmic reticulum function is a primary area of focus. The ER acetylation machinery regulates two essential functions of the ER: (i) efficiency of the secretory pathway (as part of quality control) and (ii) disposal of toxic protein aggregates that form within the secretory pathway (through autophagy). Dr. Puglielli's laboratory has generated mouse models that mimic the above diseases and dissected relevant pathogenic pathways. These results support findings obtained from human-based studies and indicate that the ER acetylation machinery plays a crucial role in both neurodevelopmental and neurodegenerative diseases.