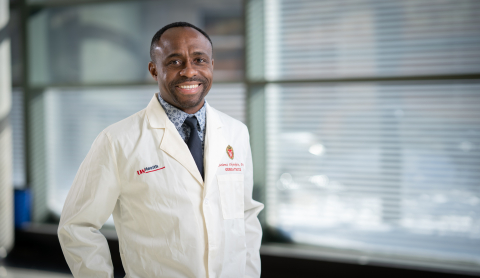 With a focus on fitness and its role in aging and Alzheimer's disease, Dr. Ozioma Okonkwo leads the Modifiable and Non-Modifiable Factors Linked to Cognitive Resilience in AD lab. The lab focuses on clarifying how alterations in the brain and other biomolecules (such as cerebrospinal fluid β-amyloid) place some cognitively-normal individuals on a pernicious trajectory that culminates in Alzheimer’s dementia.

In this context, the lab is also interested in discovering new knowledge concerning the modulation of the link between brain changes and cognitive decline by both modifiable factors like cognitively-stimulating activities or physical exercise and non-modifiable factors such as genetic vulnerability.