Alzheimer's and Dementia in Under-Represented Groups 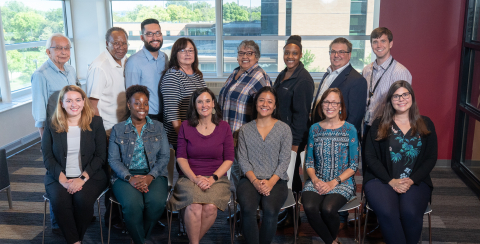 Dr. Carey Gleason's lab strives to improve diagnosis and treatment of Alzheimer’s disease (AD) and dementia for all individuals including women, African Americans, Native Americans, and other groups traditionally under-represented in research. The lab is founded on the premise that diversity makes for better science. The belief that research discoveries should benefit all groups unifies seemingly disparate lines of scientific inquiry.

Dr. Gleason is a researcher and clinician interested in improving timely identification of and intervention for memory disorders in underserved communities. Ultimately, she seeks to identify targets to modify risk for Alzheimer’s disease in African Americans and Native Americans, groups traditionally under-represented in research. She serves as leader of the Inclusion of Under-Represented Groups Core at the Wisconsin Alzheimer’s Disease Research Center and is principal or co-investigator on numerous research projects examining modifiable risk factors, including cardiovascular disease, emotional health, and social context.

© 2021 Board of Regents of the University of Wisconsin System