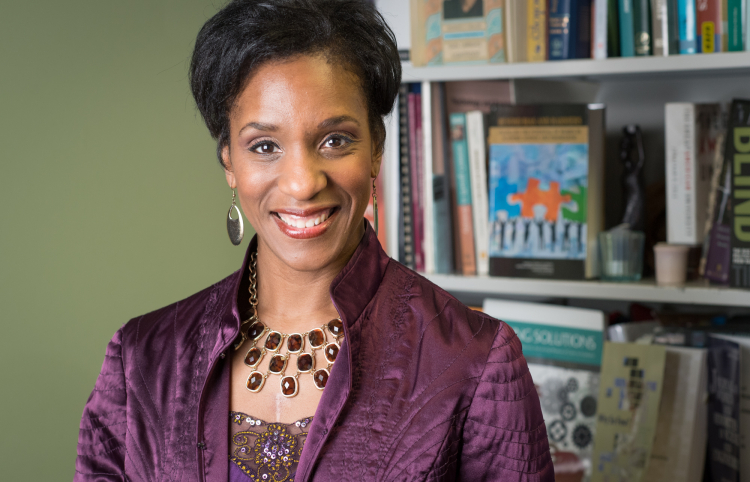 The study will be conducted under the auspices of the Board of Higher Education and Workforce (BHEW), which provides U.S. government, academic and industry leaders with analyses and recommendations designed to inform action and set strong public policy on issues in higher education and the workforce, and the Committee on Women in Science, Engineering, and Medicine (CWSEM), a standing  committee of the National Academy of Sciences that coordinates, monitors, and advocates action to increase the participation of women in science, engineering, and medicine.

The ad hoc committee conducting the study is led by Angela Byars-Winston, PhD (pictured), professor of medicine at University of Wisconsin-Madison. Committee members include Christine Pfund, PhD, researcher with the Wisconsin Center for Education Research and Director of the Center for the Improvement of Mentored Experiences in Research (CIMER) at the University of Wisconsin-Madison.

"The depth of scholarship of this committee is remarkable -  in the field of STEMM mentorship theory and practice, we truly have an Olympic-level 'dream team' assembled," says Byars-Winston.

Over the next two years, members will focus on identifying evidence (or lack thereof) regarding successful programs for mentoring of individuals traditionally marginalized in STEMM fields such as women, individuals from racial or ethnic groups historically underrepresented in STEMM, and first-generation college students.

"We really want to advance the application of evidence-based mentorship. We know that a good deal of mentoring in STEMM fields is done without intentional preparation, and often based on mentors' past experiences of how they themselves were mentored for better or for worse. This study seeks to elevate the current state of academic knowledge, and to elevate the practice and study of effective mentoring in STEMM," says Byars-Winston.

The group will identify distinctions among different models of mentoring in STEMM fields, pinpoint the most effective practices, and critically evaluate both available and needed metrics to study and evaluate effective mentorship for both mentors and trainees to make the mentoring relationship more powerful and beneficial.

"As a consensus study of the National Academy, we have lofty goals," says Byars-Winston. "We want someone in a legislative role to be able to pick up the final report and say, 'Now we know the state of knowledge of effective STEMM mentoring techniques, and that can guide policy-making on scientific workforce development for tomorrow's labor force.' Similarly, a leader in the STEMM private sector could use this report to say, 'How can I promote mentoring in my organization in a way that will result in ROI?'"

As part of the effort, the committee will convene its first event on April 11-12, 2018 at the National Academy of Sciences Building in Washington, D.C. entitled "Workshop on Inclusive Mentorship Excellence in STEMM: New Knowledge, Ideas, and Practice."

Additional information is available through the National Academy of Sciences. Funders of the study include the Alfred P. Sloan Foundation, Howard Hughes Medical Institute, NAS Gulf Research Program, and the Burroughs Wellcome Fund.