Research Day highlights the full scope of innovative research in the Department of Medicine and facilitates collaborative interactions within our educational, research and clinical community.

For this year's DOM Research Day, it will be required that all posters are 48" wide x 36" tall with a 1" border or 48" square with a 1" border to align with NIH-recommended dimensions. Your abstract doesn't need to be included on the poster but can be if you desire.

The DOM Communications team has created a department-branded template for research posters. It uses consistent colors, logos and layouts in line with campus and department brand standards. 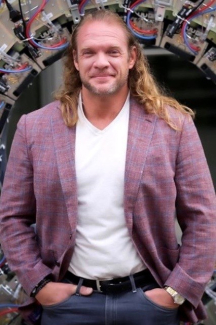 As the population of those aged 65 and over continues to grow, so does the diversity of the U.S. population. In fact, by 2060 approximately 27.5% of the population will be Hispanic, 15% will be African American, and 44.3% will be non-Hispanic white.

Dr. Sid O'Bryant is the principal investigator of the Health & Aging Brain Study – Health Disparities (HABS-HD), which is the most comprehensive study of Alzheimer’s disease among the three largest racial/ethnic groups in the U.S. ever conducted – African Americans, Mexican Americans, non-Hispanic whites.

In addition to being a global leader in Mexican American cognitive aging, Dr. O’Bryant is a global expert in precision medicine approaches to novel diagnostic and therapeutic strategies for Alzheimer’s disease, Parkinson’s disease, Dementia with Lewy Bodies and Alzheimer’s disease among adults with Down Syndrome. 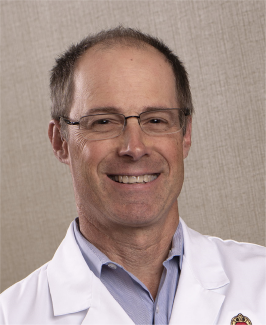 Dr. Odorico is Director of the Pancreas and Islet Cell Transplantation Programs and Professor in the Department of Surgery, Division of Organ Transplantation at the University of Wisconsin-Madison School of Medicine and Public Health.

The University of Wisconsin Pancreas Transplant Program consistently ranks among the highest volume programs in the world and has developed many field-leading innovations.

Dr. Odorico has an active, extramurally funded research laboratory that focuses on beta cell differentiation from pluripotent stem cells. He previously served as President of IPITA and Chair of the UNOS Pancreas Committee. He is also the scientific co-founder of Regenerative Medical Solutions, Inc.

Registration is now closed. However, if you did not register, you're still welcome to stop by as your time permits for poster and speaker presentations.

This year's Research Day is planned by DOM Chair Lynn Schnapp, MD; event chair Ozioma Okonkwo, PhD; the members of the Research Education Subcommittee; the Vice Chairs of Research; and the staff of the DOM's Office of Research Services.